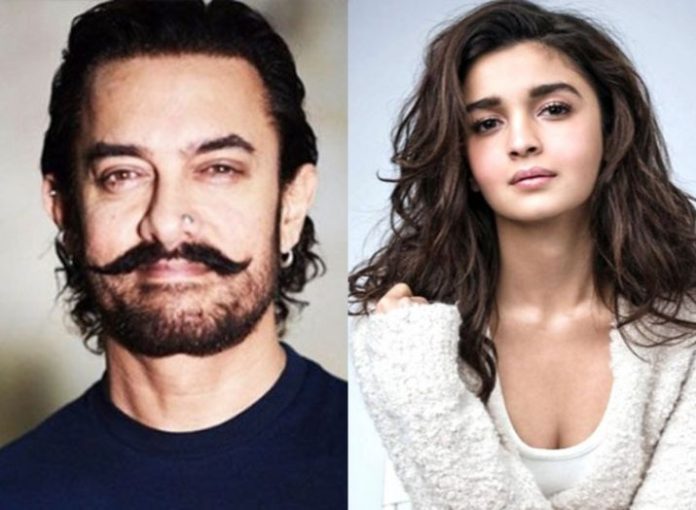 Well known actress Alia Bhatt is presently reining the Hindi film industry as she has given nonstop hits and her acting has been praised by one and all.

The actress has a lot of film projects in hand too. She has multi starrer project Kalank, Takht and Brahmastra in her kitty. After performing extremely well in Raazi, Alia Bhatt has already turned out to be synonymous with runaway success. Now there are hearsays all that that she will be seen with Mr. Perfectionist, Aamir Khan.

Whilst late Godman Osho’s biographical movie is still in the scripting phase, it is discovered that the film makers are planning to sign Alia Bhatt with Aamir Khan.

As per a source close to the project stated, “Aamir Khan is known to be a perfectionist with his work which is why the makers are planning to take someone exceptionally talented in the younger lot of actors. Alia Bhatt is supremely talented and she can be the perfect choice for the role.”

Earlier the hum had it that the movie makers were thinking of signing up a foreign actress for the character but it seems Alia Bhatt has praised them with her superb acting skills.

But, no official declaration is made yet.

Ace personality Shakun Batra will be directing the movie based on the life of the late godman, Bhagwan Rajneesh, widely recognized as Osho. Bollywood movie maker Karan Johar has already purchased the film rights and will be supporting the project.

On the related note, Alia Bhatt is concurrently busy filming her forthcoming projects Kalank and Brahmastra and Aamir Khan is shooting for Thugs of Hindostan along with Amitabh Bachchan.