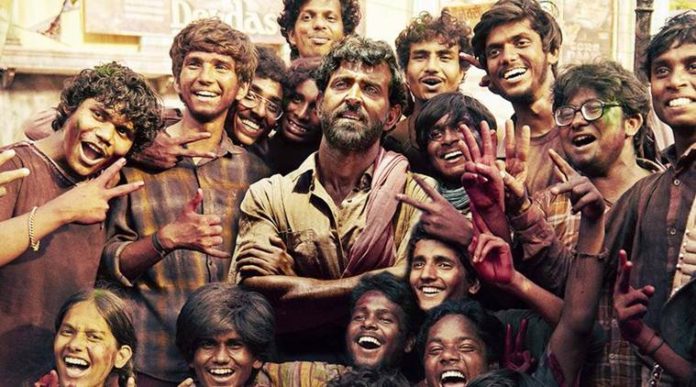 Super 30 is a biopic of a Patna-based mathematician and teacher who helped his students crack IIT exam. The makers of the movie finds the day of Teacher’s Day suitable to release the first two posters of the film. The actor shares the poster in which he is seen surrounded by his reel students with the red colour dominating the image palette. The poster reads the same lines: Ab Raja Ka Beta, Raja Nahi Banega…Ab Raja Wahi banega Jo Haqdar Hoga.

The actor shares one more picture in which he is seen surrounded by his students and posing for a click. Alongwith actor, his students are seen happy in the poster and it seems they are celebrating the success of their hard work by cracking the exam.

The handsome hunk also welcomes the audience to his world of Super 30.

The final schedule of the film will begin soon in the beginning of September. The remaining part of the film shot in Bhopal, Jaipur and other cities in North India. The last schedule will be shot in a forested area in Karjat, Mumbai.

Now, the reports are also suggesting that the film may no longer be a biopic on the reputed mathematician and his coaching institute. Now it would just be presented as a fictional account of a mathematician’s struggles. Reliance Entertainment and Phantom Films are jointly presenting the film which is slated to release on January 25, in the upcoming year.

Sallu, Katz all set to romance in Abu Dhabi by next...