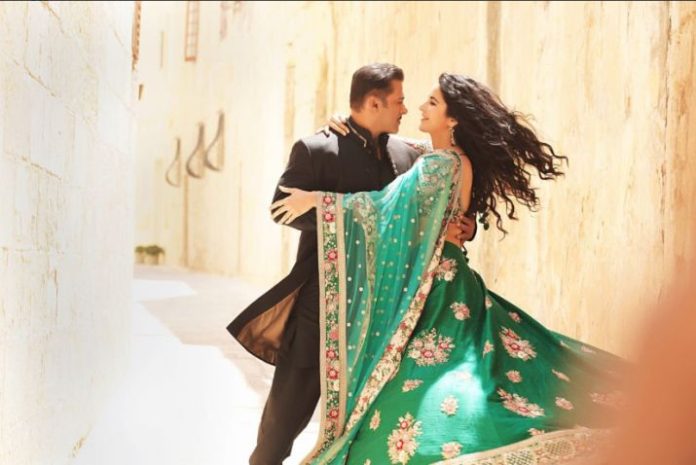 Salman Khan and Katrina Kaif is the most loving and demanded pairs in Bollywood. The buffs are eagerly waiting for their next release together i.e. Bharat.

Interestingly, Sallu’s first look of the movie was a romantic sequence of a song from the movie. The scene got filmed in Malta and if the latest tales are to trusted Sallu and Katz will leave for Abu Dhabi for their upcoming shooting program.

The star has completed the shooting agenda of Malta and came back to his home town, Mumbai on Tuesday.

As per sources near to them, the lead pair of the flick Salman and Katrina will shoot a few dreamy and action scenes in Abu Dhabi.

Yes, the next shooting agenda of the flick is in the UAE capital. Report further added that the shooting will begin by the coming month.

Together with Bharat, Katz is also busy filming two other Bollywood flicks. At first, not Katz but PeeCee was part of the flick.

But owing to her wedding plans with ace American singer Nick Jonas, Priyanka said no to Bharat.

Film director Ali Abbas Zafar declared the exit of Priyanka from Bharat and wrote, ‘’Yes Priyanka Chopra is no more part of @Bharat_TheFilm & and the reason is very very special , she told us in the Nick of time about her decision and we are very happy for her … Team Bharat wishes @priyankachopra loads of love & happiness for life.”

“Salman and Katrina’s chemistry is unmissable. This was Katrina’s first schedule with Salman for Bharat and an important one for us because it sets up both their characters strongly. We shot a romantic song with them and one featuring Nora Fatehi, along with some elaborate action sequence. There will be more action and romance in Abu Dhabi next month,” Ali Abbas Zafar also said.