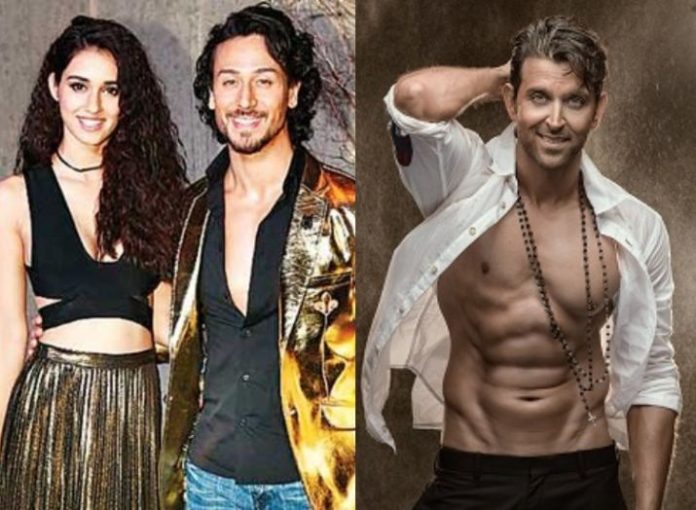 The glamour world has been crammed with hearsays that Bollywood babe Disha Patani walked out of boy friend Tiger Shroff and Hrithik Roshan’s forthcoming action movie to be made under YRF banner.

According to the reports in Pinkvilla, a source near to Disha has disclosed, that the actress never got any offer for Yash Raj Film’s multi-scale flick that has Hrithik Roshan and Tiger Shroff in the lead characters.

“They were, in fact, laughing off such childish rumors surrounding the actress,” the source added.

It is also being stated that Disha Patani would never wish to quit a film boasting of a great star cast as she is the new face in Bollywood and wishes to showcase her talent all over.

The source stated, “Even working with a superstar like Hrithik Roshan is a chance that most newcomers don’t get and is too good to miss. Disha has high regards for Hrithik Roshan and he features amongst the top names on her wish list to work with.”

When YRF declared the movie with two hunks, buffs got mad over it.

Bring it on! Presenting @iHrithik & @iTIGERSHROFF in YRF's next film. Directed by Siddharth Anand. Releasing on 25th Jan’19 #HrithikVsTiger

With the actress’s name linked to it, the film gathered up lots of buzz and was highly anticipated. But currently it is clear that Disha Patani will not be donning any lead in the said flick.

When you are too lazy to open both 👀 🤪❤️

On the related note, Disha is presently busy filming Sallu and Katrina Kaif starrer Bharat. It is being stated that Disha;s role in the film is named as Radha and the quick look of her appearance has already broken the internet.

I look at the moon every day but I don’t reach...