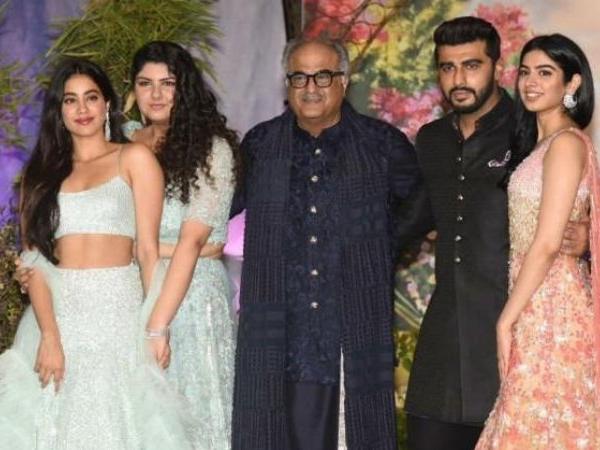 As a few months ago Janhvi debuted in the industry with film Dhadak and she is just a film old but Arjun Kapoor has full faith that she’s here to stay and will get even better film by film.

Recently, in talks with a media platform, the actor said Janhvi is a sensible girl, “All these are important attributes for a good actor. None of us start out being perfect, I didn’t, but in Janhvi’s case the foundation is strong, she’ll build on that and get better with every film. I see tremendous potential, Dhadak was just the tip of the iceberg.”

The actor further said, “She’s very young and it was her first film, but I saw nuances you’d expect from someone more mature. When Janhvi was on screen, you couldn’t take your eyes off her.”

Arjun continued saying, “She’s an introvert and needs time to come out of her shell. We are really proud of her and while as a family our reasons are emotional, I can say as an actor that Janhvi Kapoor is here to stay.”

On the professional front, the newbie of Bollywood Janhvi will next be seen in a multi-starrer film which also features Alia Bhatt, Ranveer Singh, Kareena Kapoor Khan, Bhumi Pednekar and Vicky Kaushal. And Arjun will next be seen with his favorite co-star Parineeti Chopra in Namaste England.

Salman Khan’s Entry On Yatch At The Grand Launch Of Bigg...