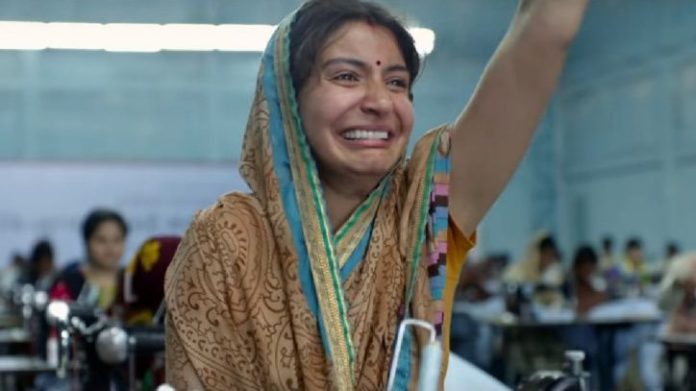 Anushka Sharma and Varun Dhawan are getting ready for their upcoming flick named Sui Dhaaga.

The film is a romance filled drama. Even though, the promo of the movie bagged thumps of viewers, the lead actress of film Anushka got annoyed persistently for an emotional scene from the preview.

Twitterati held the actress responsible for showing off in the scene and the web was instantly crammed with memes of Mrs. Virat on that scene.

And at the present Anushka’s co-actor in the flick, Varun also responded on her memes.

He shared a picture of Anushka and captioned it as, ‘’#MEMESkirani #mamta hhahaha.’’

Sui Dhaaga is directed by Sharat Katariya and in the movie both the actors can be witnessed sharing big screen for the first time.

In Sui Dhaaga, Anushka who is a supportive companion will be witnessed in a non-glamorous character. She is donning th character of a wife, who become a source of inspiration for her spouse (character donned by Varun Dhawan). She give him confidence for self-employment.

Produced under the banner of Yash Raj Films, Sui Dhaaga will hit theaters on September 28.

Its story gets is inspiration from Mahatma Gandhi’s viewpoint and takes a leaf out of the Make In India drive.

Who knew it could be the faultless fodder for huge web memes?